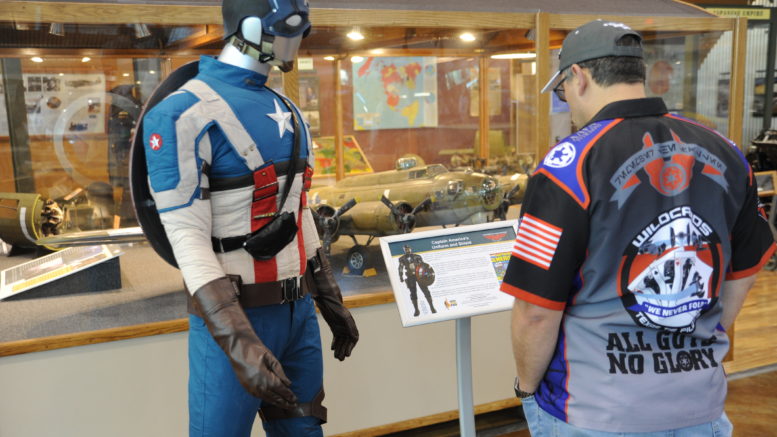 THANKS TO A SUBSTANTIAL PERSONAL DONATION of money and time by Heroic Inner Kids member Will Coherd (aka: Captain America), donations from our wonderful supporters, and a wonderful partnership with the Frontiers of Flight Museum, Heroic Inner Kids is now a part of teaching modern children the importance of Captain America – both to pop culture and the actual soldiers and war effort of World War II.

Standing over 6’4″ tall, the hero beckons viewers to not only learn about him, but in true “Cap” fashion, guide you to meet the other heroes of WWII and get an up-close look at their uniforms, posters, medals, newspapers of battles, and actual aircraft. بوسكت One experimental plane, nicknamed the “Flying Pancake” looks like Howard Stark himself could have invented it.

The unveiling took place in a special ceremony on October 26, where children and their families were the first to see the new exhibit and have their pictures taken with Cap (Will Coherd) himself.

The event was covered by Dallas media. Below is an excerpt from one of the articles:

Dallas — Captain Steve Rogers has found a new home in DFW, or at least, his costume has.

The Frontiers of Flight Museum unveiled the newest addition to their collection, a 1942-era Captain America costume, during their annual War of the Stars Halloween event on Saturday, Oct. 26.

“This year we’re partnering with a group called Heroic Inner Kids, who dress up in costume and go visit kids who are sick,” Cheryl Sutterfield-Jones, CEO of Frontiers of Flight museum, said. “They’re also very focused on STEM education, so they’re perfect for us.

While many people today know Captain America from the popular Marvel Studios films, only a few “true believers” know the character actually got his start through war propaganda. Will Coherd with Heroic Inner Kids dressed as Captain America for the event and spoke about the character’s ties to the American war effort.

“Captain America was really inspirational, because people were looking for something to look up to,” Coherd said. “The war had been going on for a while, and when the US was brought into the war, he was used as propaganda originally.

“Kids and adults around the world really latched on to Captain America and made him a way to deal and cope with the war.”

“All the men in the United States were going off to war, and there were a lot of people who couldn’t go off to war, so he really gave them hope.”

Coherd added that the Marvel movies inspired him to start playing the character.

“I think Disney and the Marvel Cinematic Universe have done a really good job of portraying Captain America,” Coherd said. “Chris Evans was the perfect choice to play him, and he was the reason I started cosplaying Captain America. I was actually more of a DC kid growing up, but Chris Evans’ portrayal really inspired me.

“I’ve been cosplaying Captain America for seven years, and it’s strictly for charity reasons. I don’t do birthdays parties or charge for this. It’s all charity-based. It’s why we were able to donate this uniform to the museum as part of their World War II exhibit.”

Sutterfield-Jones said this new addition to the museum’s World War II exhibit is sure to be of interest to not just WWII fans, but comic book fans as well.

“I think he represents so much of that World War II patriotism and what we all believe in and fight for. He’ll be a great part of our new World War II exhibit.”

Although Cap was the star of the show, many other heroes came out to show their support. Daniel Sanchez, also from Heroic Inner Kids, was at the event dressed as Superman. Sanchez said heroes like Captain America and Superman are not just important parts of American history, they are role models and inspirations for kids and adults everywhere.

“Everyone needs a friend,” Sanchez said. “Everyone needs a hero who is kind to them. I think one of the best things that can happen is for a person to say, ‘I met my hero and they liked me!’ That is something I never get tired of, and it’s what our entire organization is here for. بوكر 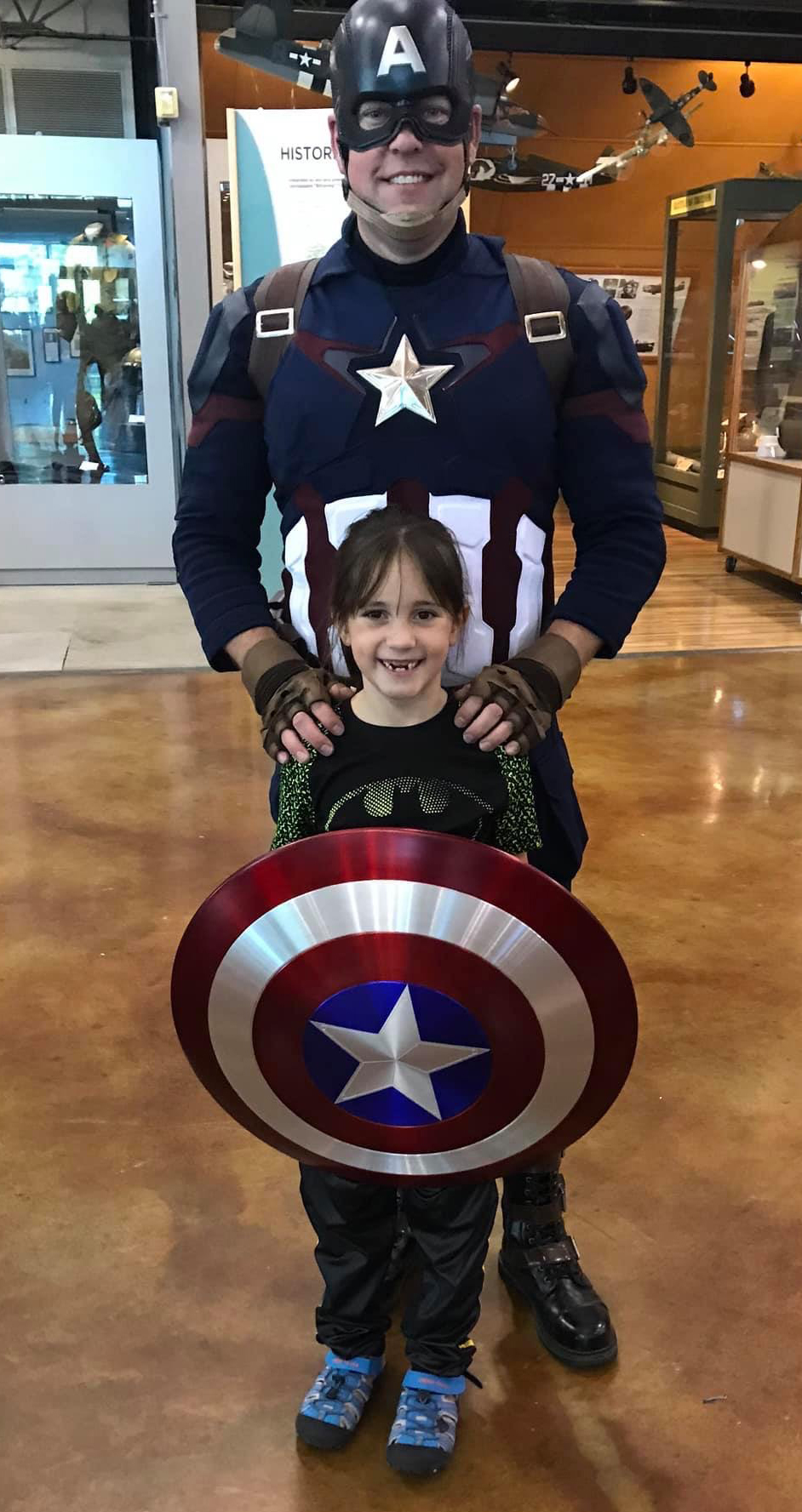